I took this lift out of my Tacoma before I traded it in. If you dont know Fabtech Dirt Logic lift includes tubular A arms with a Uniball instead of a ball joint. This Uniball is oriented so that with the A arm on more of an angle the uniball is more centered in its range of motion. As well the Uniball has more range of motion. The A arms are stronger than stock and with the adjustability of the coil over shocks you can add this system to a lifted truck and zero the shocks or add 3 inches of lift to your suspension. I added a winch bumper after the lift and then simply turned the threaded spring nuts to gain back my full 3 inch lift. Also compared to a buddy that had a typicall bracketed 4 inch lift with one size bigger tires. I had more ground clearance under the skid plate with a much lower overall rig. These kits are expensive but so much better ride performance than a less expensive system.
Now here is the disclaimer. Toyota in Nanaimo installed the kit when I bought the truck new. They didn't know what they were doing. Short story is when I took the lift out I noticed they had ripped the poly bushings. That takes a lot of doing so they must have been struggling. Also I do have the rear shocks but the finish on them is very poor quality and basically the nice machine look just pealed off. They work great and I mean great. If you have played with shocks enough you know its all in the internal components and tech. The nuts had rusted on the top and the only way to get the rear shock off was to cut that replaceable stud. I was going oot order these parts from Fab Tech but never got around to it. I am selling the front system for $1000 and the rear shock I am still thinking about. 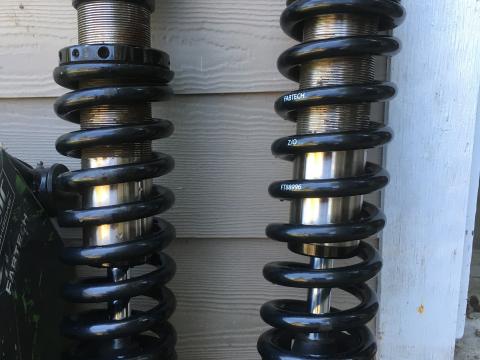 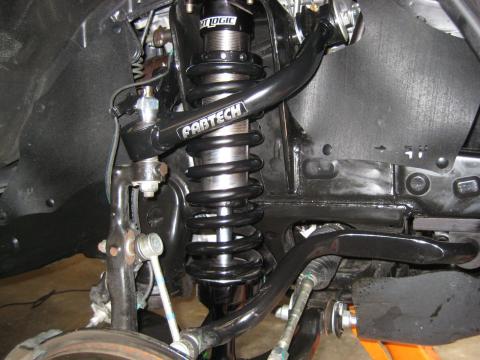 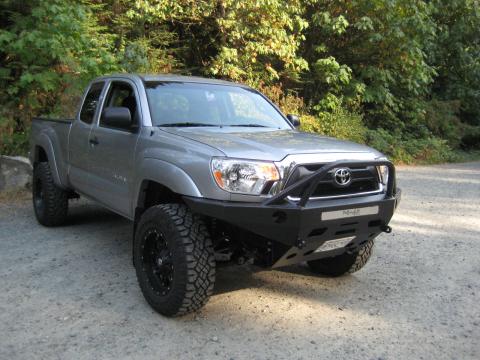