Almost have my 1995 4x4 E 350 PSD van finished. Its a clysdale 4x4 conversion they converted it in 1995 when the van was new. put in a IFS 4x4 Ford front end (which I prefer) as I drive it on the HWY most of the time. I bought the van about 4 years ago beat up and in need of a lot of TLC. there was only two bolts holding the rear end pinion gear in place the rest had sheared off I was lucky to get it home. since then I have customized ALOT. has Power ampresearch running boards that I custom installed. Both the front and rear bumpers are road armor copys I bought in kit form from a guy in AB . they were for a 2011 F 350 but because there a kit I altered the mounting points. custom remote spotlights on the roof. custom 6 way power leather seats. has a Power fan in the roof to keep the dogs cool in summer all remote controlled. lotsa other stuff to. I can post more pics if anyones interested . 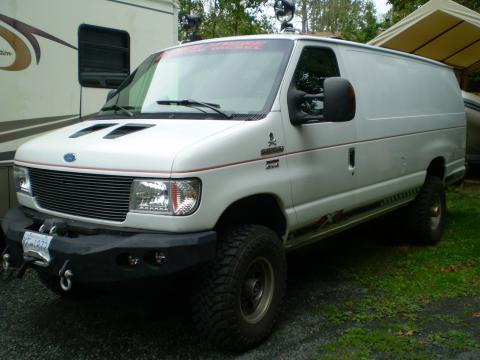 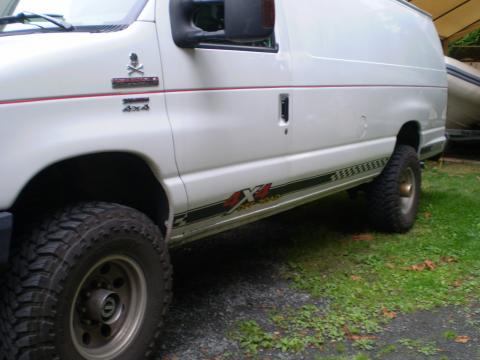 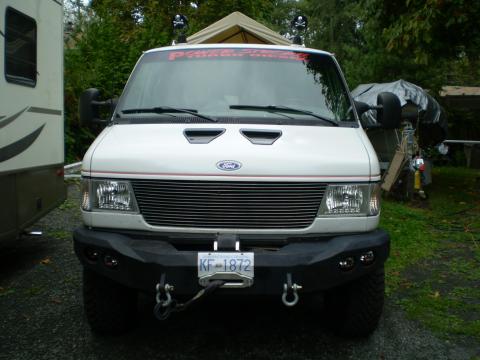 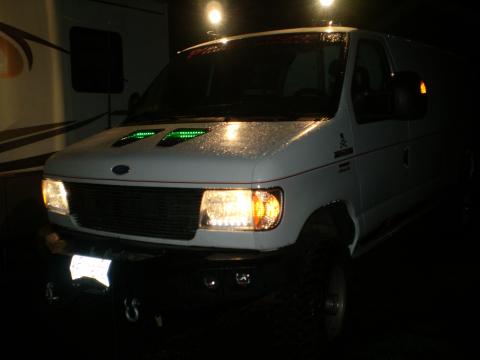 i gotta give it you ya thats a pretty sick van haha, first time i actually like the look of a road armor on anything ( even if its a copy, wtv), well done!

thanks its been a fun build that's for sure.