Hi all, I'm a long time rider in the sooke area and finally joined the forum. I have been riding the back country in the sooke hills for 15 years. I have a few favorite spots that I cant get to anymore. I used to go to Anderson road down to the river if you know where I mean. Its a beatuful ride and yes I know its a taboo now. I have an RZR now ( new ) a dirt bike and a 4 x 4 ( 2500 hd) . Does anyone know if it is possible to get to Anderson anymore other than under the gate ? I know the quads can get in sometimes.. just looking for an update. Would love to take my kids there in the RZR,.

Hey welcome to the forum! Unfortunately I don't have the answers for you but I know alot of guys are familiar with the sooke area, hopefully you get an answer :)

Thanks! ya the island is awesome for offroad.. just wish we didn't have so many gates :(

Oh man I hear ya, I went to shawny last weekend and was hit with a new gate that wasn't there before in one of my fav areas... Such a bummer

Haven't been through the "A-hole" in a little while but last time I went by, there was a fresh trench cut there to ruin your chance of any full size fun.
I imagine it may have been worked over enough by the locals to get a short wheelbase through, not sure if it would be street truck passable though.
I don't think there's any reasonable way in left on the creek side either. Back in the old days we could get in through there but it's really overgrown now.
Once in a while you can luck out when someone leaves the pit open but you never know if it'll still be open when you get back.
I haven't gone by for a while so maybe someone else who has more current info on it could PM it to you since we pretty much have to keep any access we do have out of the public spaces like FB and forums since they don't stay secret or open very long otherwise. :/
Apparently TW has "plans" for that area anyway so now they're starting to zip it up. There are what looks like new house lots that have been surveyed and cleared in the areas bordering the existing residential ares, all the remaining untouched patches of mature growth are getting logged out right now as well, so it looks like the days are numbered.

Thanks for the reply. And totally agree with the confidential part.. I will be general.

Years ago, we used to go up right from muir creek entrance. but obviously at this point its been eradicated.. believe me we tried a few years back. Perhaps there is a connector from boneyard/butler although that's interesting to. Can we go into boneyard/buttler still from young lake rd or is that still a no go. Few years back it was open for hunting and exploration. I imagin " plans " means developing the area.

Yeah Timber West's latest trick to turn a quick profit around here is to use a loophole where they get to decide if land is more profitable as real estate than as a TFL. If they decide to convert a parcel they can strip log it without replanting and just call it landscaping. So now Muir Creek, Forebay, and probably some of Butler and surely other areas are being taken off the TFL and sold off to developers. Anywhere you see really young timber coming out on trucks is likely being stripped and converted. TW knows that their forestry practices are not sustainable and produce diminishing yields each cycle without ever letting any of the wilderness convert back to old growth. I just saw two logging trucks today coming out of that area with full loads of brutally small immature timber, like the largest trees on the trucks were maybe a few 8" trunks and most were closer to 6". Those logs are being stripped and shipped off to China and the land is being left bare because it's not timberland anymore. You'll see it when you're back there.

Wow geeze thats insane...not saying your wrong or anything rob, but were did you hear all this? Any article?

It's no secret, it's been in the media lately and is starting to get more attention. A quick Google search will yield several articles on it.
Here is just one: https://www.bcbusiness.ca/beyond-the-woods-timberwest-and-real-estate

The icing on the cake is that Timberwest, and it's lands, are "owned" by the pension plans of the Provincial and Federal Government employees (see link below). So how much do you think the government wants to block these 'forestry-land to real-estate' deals???? When you hear about these ridiculous government pension payments, pay-outs, buy-outs, and severance packages.....guess where the money comes from? Converting the Island's forests from working forests to subdivisions is the retirement savings plan for the Government.

People need to wake up to the fact that building a pissant little railway in the late 1800's does not quality you for owning the South Island. It was a scam back then, and we still pay for it today.

yea, its tough to hear all this, kinda hard to stop it too unfortunately :/

I think awareness is growing, which will help. That is the first step to correct the problem. I try to get the word out to the people I know. Change can happen if enough people speak out.

What to keep in mind is that Island Timberlands, Timberwest, and WFP do not pay the tax rate on their vast properties that anyone else would pay. They are cut a deal by (guess who?) the same government that is benefiting from the status quo. The idea of the tax deal was to keep loggers working in the woods, and mills busy making lumber.......not to flog real estate and send all the logs overseas.

The change will come when someone decides to go after the taxes. The people of BC are being short changed on property taxes by millions of dollars a year by these three companies. Money that should go into the public coffers if they paid proper, fair market value taxes, like the rest of us do on the various properties we may own. This issue does not exist on the mainland, where it is crown land that is being logged. It is a unique situation on Southern Vancouver Island.

So..........change will come when someone decides that the "missing" property taxes on the land these companies "own" are worth more than the revenue coming into the pension plans from log sales and real estate deals. That could happen.

The end game is that the companies could never afford to pay the proper taxes on their land holdings. Ideally, they default on their taxes when commanded to pay the full amount, and some sort of “win/win” deal is then struck where the ownership of the land reverts to the public, and the companies get logging rights and maybe some other compensation. At that point all British Columbians are now shareholders in the land and have a say in its ultimate fate, be that logging, tourism, parkland, or condos. In this scenario, loggers likely keep their jobs, and maybe the voting public could even have more control over the whole Raw Log export issue.

We can't have that kind of sensible land management policy around here, it might be in the public interest! 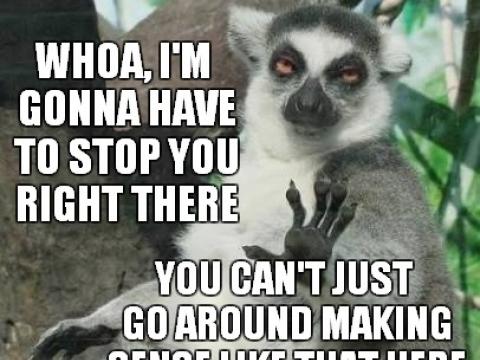 Unfortunately, you may be right. I try to keep a little hope alive.

Sorry for thread hijack OP! Welcome to the forum.

Haha how dare you make sense and bring any glimpse of hope! Nah it's good, nice to get some info on all that, thanks for sharing :)