looking to find some new places to go test the limits of my samurai. iv pretty much explored all of doumont now. done a tonne of kms on the logging rds finding lakes. and finally found my way to the top of benson. any ideas? or if others are free i wouldnt mind meeting up and finding sme new spots. preferrably somewhat close to nanaimo..

iv done lots up nanaimo lakes. but mostly just the logging rds. not much for technical trails. timberlands iv also explored quite a bit. but again mostly logging rds.

where abouts is spruston? lots around there?

Spruceton is the road on the west side of the highway between nanaimo river and haslam creek. There's mostly logging roads, but there is one area there that's crown and not gated. See the trail map in this thread: http://www.vioffroad.com/forum/routes-destinations/nanaimo-river

any chance someone know where bloodfar trail and / or twisted trail are located?

from all that iv gathered they are off of doumont area somewhere? not sure if i have been on them and either missed the signs or if there are even signs anymore?

iv seen some decent videos of people on these trails n wouldnt mind trying them out.

I agree, I've always been curious as to the location of bloodfart.  Heard lots of good things just never wanted to go out with the groups cuz I'd probably just slow em down

lemme know if your in nanaimo looking for some places to explore. i know a couple decent trails around here. but not nearly enough...

Right on, sounds good.  Right now I really only know places around duncan, it would be nice to find some new spots

hey boys! try extention ridge. its in the city limits of nanaimo. cant get much closer. theres a few ways in. u have to get sneaky to get in. ive found a half dozen ways in now.  parts of that neck of the woods is a flower reserve so be respectful. the transcanada trail is in there. the pipe line trail and the adyss r too. also the new powerlines. whiskey lake n its half dozen friends are out there. whats cool about that neck of the woods is that cfb chilliwack engineers owned that property for the last century. its got lots of geological fatures for a small area. they also played in there. lots of roads, trails n jeep roads. have fun! see u out there. 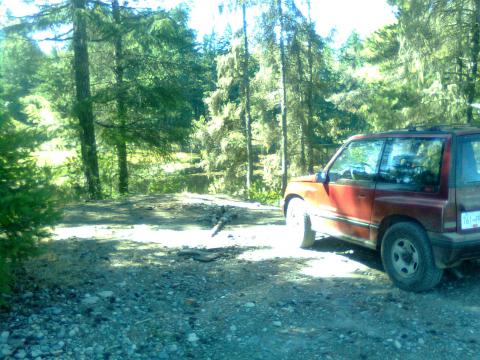 and where is this ext. ridge? best way in?

id be into one of ur guided tours but am not available tomorrow and am just on my way out to doumont now.

have a good one though!

extention ridge access is at either pumping stations in the town of extention. the foresty rd by gogos is direct into the backside of whiskey lake. kitty corner to viu on the bypass. blink and ull miss it. where the new powerlines cross nanaimo lakes rd. bit of a belly rubber or mirror breaker there. best jeepn is right by the school. the abyss is a km away from that access.

is this one access where u can see a bit of a hill climb right off the highway where alot of students park? top of 5th st. across the highway?

well i found twisted the other day up doumont. complete fluke. turns out i went in backwards and noticed a sign on my way out. pretty good trail. some tighter spots and climbs involved. overall was pretty stoked on finding it finally.

running out of places to go? id like to get past the dug out at barsby and open old lakes rd back up.  it comes out up by all the bever dams by first lake.  need some one with a monster to plow a trail. i couldnt make it down the southern rd of black jack lake either. my next quest is the suspension bridge over haslam. mckay lake . im back tracking the trans canada trail to nanaimo river. i want to see what kind of bridge is needed there.  its been 10 yrs since the last one they built over haslam. i used to play out by the speedway on my dirtbike when i was a kid. it was a good hood. great trails.  but the weathers just better on the northside of the river.  in black jack valley it seams like less rain.  its warmer there too in the summer. black jack has lots of old trails. they are hard to see. it was popular with the 50s n 60s crowds now. so it was back in the 70s when they made all the trails. theres only one site on the lake now. the weather seams better than nanaimo most of the year.  they did block off so much. i got the tracker off lakes by barsby but couldnt get to barsby.  could get everywhere else though. sneaky little quad trail.  how r we going to share locations? do i really have to figure out my gps?

i live right by nanoose pits by the arlington pub and theres some ok wheeiling out there i could show you nothing crazy. and the pit is ok to play in for a little bit.